Have a go at the go at the demo video for the Scratch Snake game tutorial, so you can see what it is that you will be making in this tutorial.

Make sure that you listen to the video on headphones as you go and don’t just copy the blocks. I explain how I worked things out and why I chose the techniques I did! This will help you improve your Scratching skills.

This script sets up a few variables, empties the tail positions lists and shows the snake in the middle of the screen. 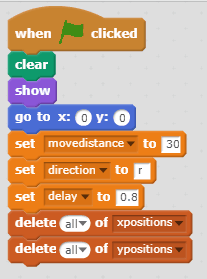 This the main script where most of the work is done. The snake is moved, tails positions are added to the tail list and we check to see whether we have died or if we have eaten food. 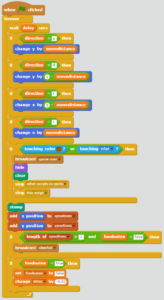 This script sets the direction of travel for the snake. 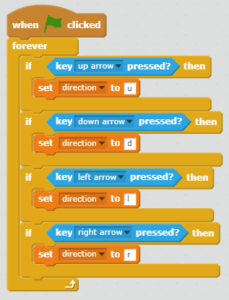 In this part of the Scratch snake tutorial, the tail remover sprite finds out where the end of the tail is and removes it by stamping over it with the stamp tool. 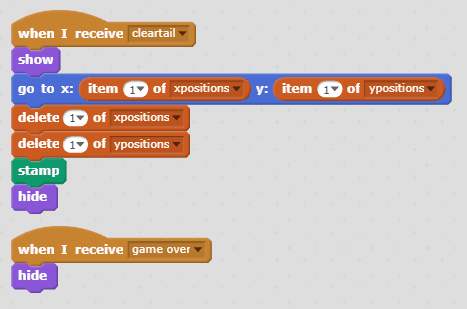 The job of the food script is to spawn to a random location on the invisible grid ( we do this be setting the location in multiples of the movedistance variable. When it get’s eaten, the score is increased by one, the snake gets longer and the food moves to another random location. 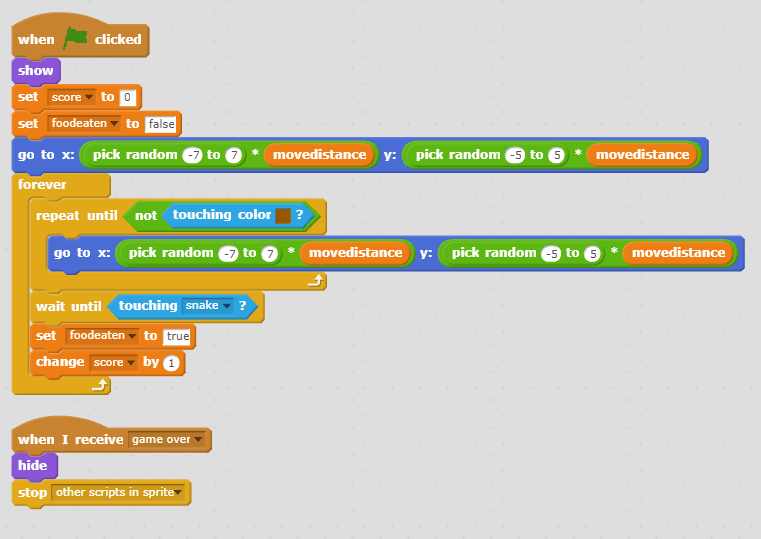 The job of the game over script is just to display game over, so it’s a pretty simple script really.

The score numbers are used at the end of the game to display the score. 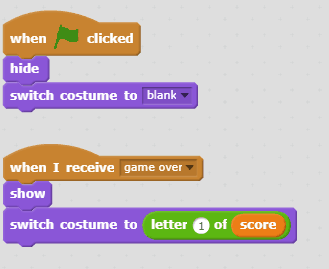 Complete the tutorial and want to challenge yourself to achieve more? Here are some ideas to improve your game: