Starter – have a go at the finished product to see what you will be making today!

Creating the sprites and background

Before we can start adding the blocks we needed in our Scratch pong game tutorial, we are going to need to create some sprites and add some costumes. So load up scratch and create a new game!

For our game we are going to need:

You need to create the following spites using the paint brush option:

Sprites to get from the library

You need to get the zero sprite from the library.

Once you have got the zero sprite, you need to add more costumes until it has all the costumes needed, as seen below.

Once you have created one number sprite, don’t do the whole process twice, just right click on your sprite (in the sprites area) and select ‘duplicate’. 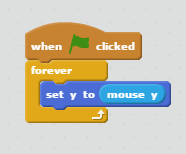 Our player bat code is nice and simple, is just has one job: 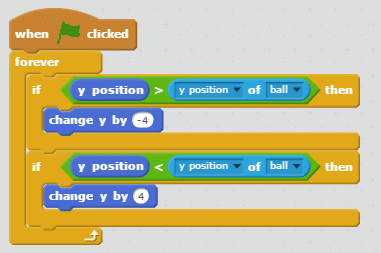 The computer bat’s code is also nice and simple. It only has one job: 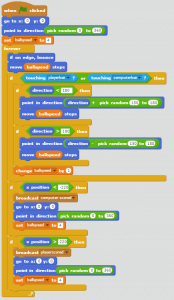 The ball’s code is move complicate, in fact it pretty much runs most of the game: 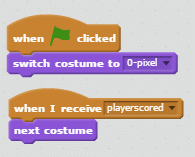 The score sprites have an easy life, they just do:

Now that you have finished the Scratch pong game tutorial, you can start to add your own  improvements to the game. Here are some suggestions to challenge your Scratching skills!