Have a play of today’s game with  a friend to see how it works!

Here are the sprites that you will need to have by the end of the game! 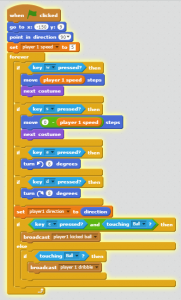 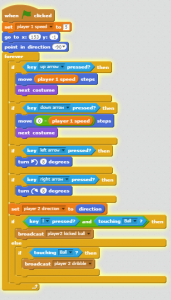 Here is the code for each of the players. The job of this code is to: 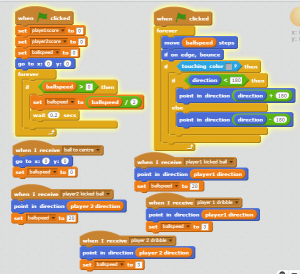 Here is the ball’s code. The ball code performs a number of functions: 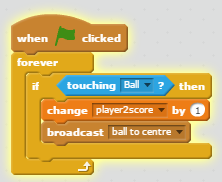 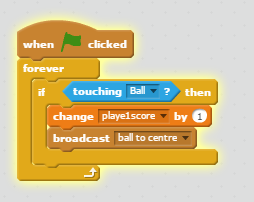 This is the code for the hidden goal sprite, it just has one  function: