In this Scratch breakout game tutorial we will be looking how to remake a simple version of this classic game, as well as giving you some extension challenges to complete!

Here is what your finished stage will look like, with the bat, ball and bricks. We have used sprite cloning to create all the bricks except one! 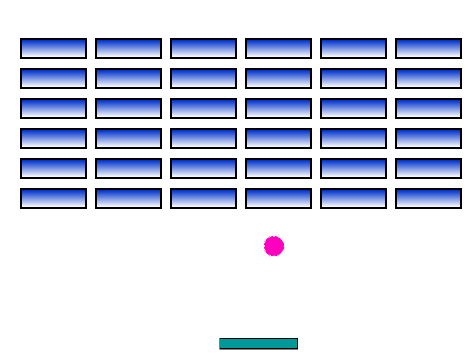 The Stage, set up.

Here is what sprites you will end up with.

This is the code for the bat, nice and simple. It just needs to match it’s x coordinate to the x coordinate of the mouse. 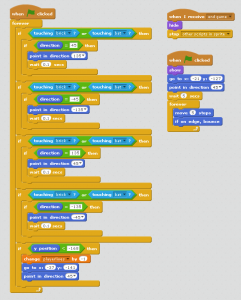 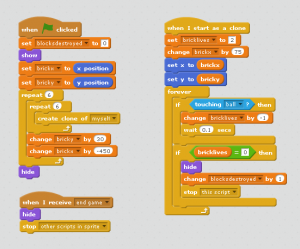 The brick code needs to create all the clones of itself, to fill the screen with bricks. It also needs to keep track of how many lives each brick has left. 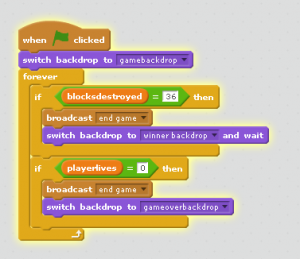 The stage code chooses what backdrop to display.