The aim of this walk through is to show you how you can create a simple rock,paper,scissors game. In this game the user and computer each pick from either rock, paper or scissors and depending on their choice either the computer or the user wins (or its a draw!).

The game will be played over 5 rounds and at the winner will be the one who has won the most rounds. 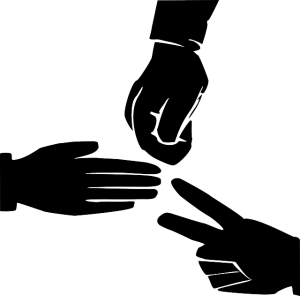 Here is the full video tutorial for you to follow. Make sure you watch and listen to the video, don’t just copy the code, as I explain as I go along why I have chosen to use each different technique.

Here is the full code listing for if you need help with debugging. Remember to watch and listen to the video, don’t just copy the code, you will learn far more!