What are radio waves? 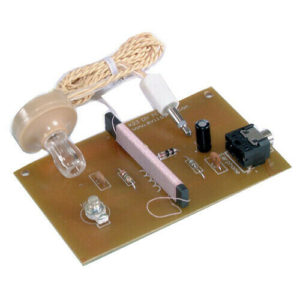 Crystal receivers are simple to build.

They were first discovered in 1886 by Heinrich Hertz and radio was first used commercially in 1900.

Due to the issues around interference between radio users, radio transmission is highly regulated by laws all around the world and coordinated by the International Telecommunications Union, which allocates different frequency bands over the spectrum for different use.

How does radio based transmission work?

Transmitting radio waves requires the generation of electrical current are the frequency of radio waves.

These waves travel through the air and then are transformed back into electrical currents by receivers (they usually need to amplify the received signal as well). 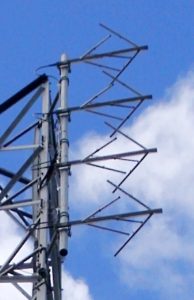 Radio waves have long wavelengths over over a kilometer and as a result they can travel around hills and buildings easily.

This makes radio waves perfect for broadcasting as they can reach a wide geographic area very easily. Radio waves also bounce off the ionosphere so they can travel long distances.

However because they bounce off the ionosphere they can’t be used to communicate with satellites, because satellites sit in low earth orbit outside of the ionosphere. Also because the disperse over a wide area they tend to lose signal strength quite quickly over distance. 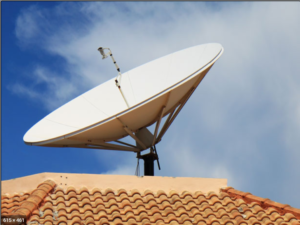 Microwaves are a type of radio wave with a vary small wavelength (a few centimeters). Due to the small wavelength they don’t disperse very well and they must have line of sight between the transmitter and receiver.

However they are able to penetrate the ionosphere and therefore are useful when communicating with satellites. 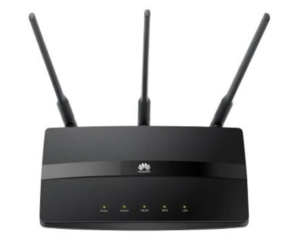 Wi-fi devices operate on the frequency range between 2.4Ghz and 6Ghz and typically have a maximum effective range of 50m.

The waves have a reasonably high absorbency and so work best on light of sight. This makes the technology perfect for home networking because it reduces the interference between different home networks in close proximity.

That being said modern Wi-Fi routers often have built in channel detection and switching technology that automatically detects the WiFi channels in use in nearby networks and picks the least congested channel to communicate on. 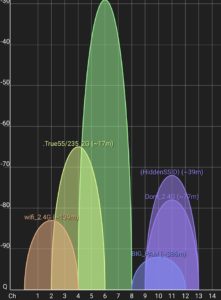 You can use a Wi-fi network scanner to find out which channel is the least congested. 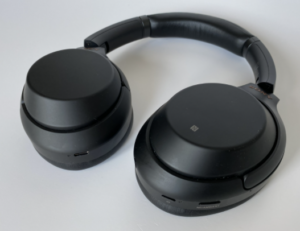 Bluetooth radio devices operate around the 2.4-2.5GHz frequency range, similar to some Wi-Fi devices. They are generally intended to be used for low-power, low-range purposes, such as: