Research on how to use electrical currents to send data began in the early 1800s, however it wasn’t until 1844 that the first proper message was sent over electrical wires. Samuel Morse and associates successfully sent a message from Washington DC to Baltimore.

The message was coded using Morse Code and the message simply stated ‘What hath God Wraught’.

The device use to send message was a telegraph machine, a simple device where when you press a level it completes a circuit; at the other end of the cable electromagnet connected to a pencil scribe a series of dots and dashes onto a piece of moving paper.

Eventually operates became fluent in Morse code and the scribe machine was no longer needed – the operators could understand the beeps of the dots and dashes and could translate the code in real time as it came through the wire. 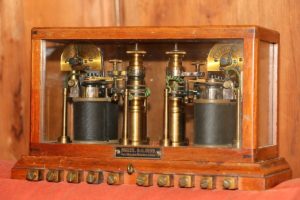 One of the problems with using electricity was that the signal would degrade over distance until it was no longer decipherable. In order to solve this problem signal repeaters were installed every few kilometers to boost the signal back up to full strength.

Soon telegraph lines began to spread all over the USA and a network was installed spanning the entire country. In order to send messages to Europe giant undersea cables were laid down, thousands of miles long. 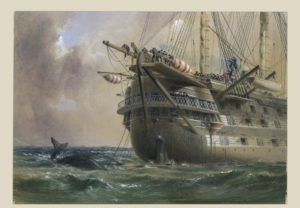 As the century progressed research into electrical communication continued and in 1876 Alexander Graham Bell made the world’s first telephone call.

With the invention of modern computers in the early 20th century research was directed at sending data electronically between computers. In 1969, the ARPANet, the world’s first packet-switched network was switch on and first foundations for modern networking were laid.

One of the problems with sending data through the use of two copper cables is that the electrical cables create magnetic fields which cause interference, degrading the signal being sent. Alexander Graham Bell discovered that this interference can be reduced by twisting the cables round each other. This meant that on average, throughout the cable run, the cables shared the same axis, and the magnetic fields largely cancelled each other out.

While twisting cables reduced the magnetic interference to  a large degree, over large distances the interference was still an issue and this restricted the transmission frequency and therefore data transfer volume. This problem was overcome in 1929 by Herman Affel, who discovered that if you create a cable where one solid cable runs inside another hollow cable the two cables share the same axis along the length of the entire cable. – hence the term co-axial (same axis) cable. 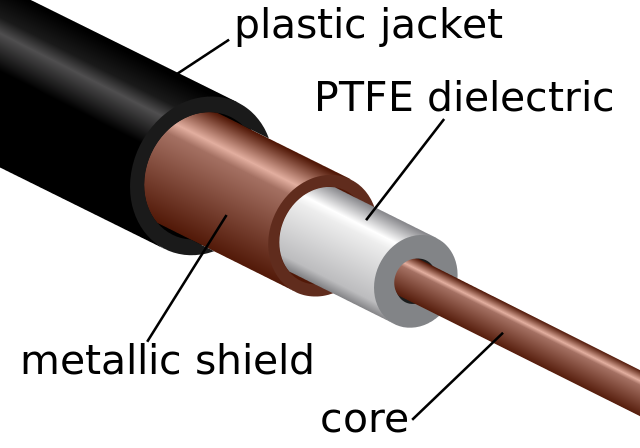 Although coaxial cables offered high transmission speeds over large distances they had a few problems: 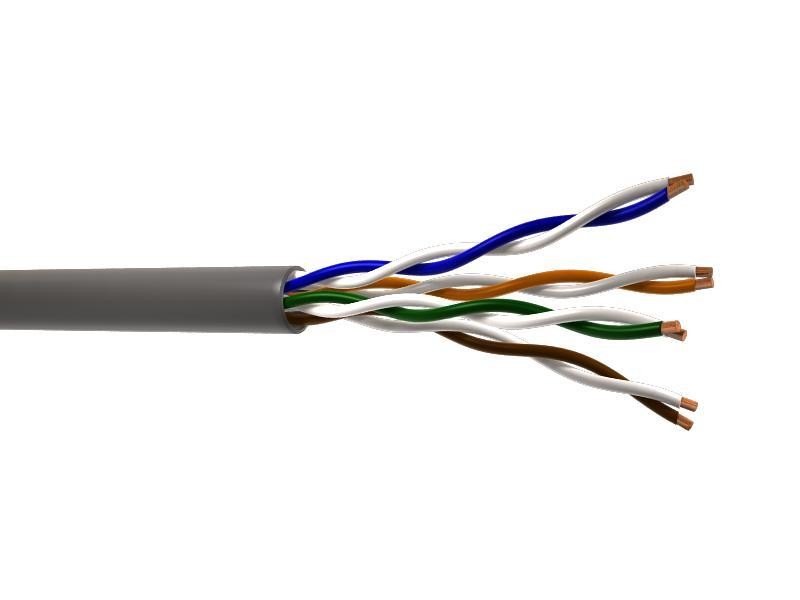 In 1973 a team at Xerox corporation invented Ethernet, a combination of twisted pair cables with special adapters on either end – RJ45 connectors. These allow the development on easy to use and simple to maintain ‘plug and play’ network devices that didn’t need any specialist tools to install or add new devices to. Although technically slower than coaxial cables and limited to 100m in maximum length, Ethernet soon became the de-facto world standard for home and office networks. 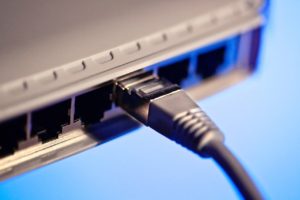 Ethernet cables are quick and easy to connect to networking devices