What is virtual reality?

Virtual reality is where the user is transferred into a different environment to that in why they are located, through the use of a virtual reality headset, together with various other controllers and haptic(touch) feedback devices. A key feature of Virtual Reality is complete immersion in the environment.

The technology is rapidly advancing and recent innovations include: 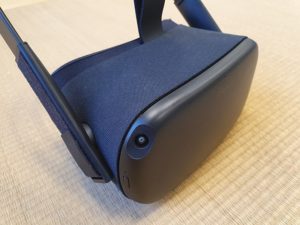 The Oculus Quest is a current market leader in VR innovation, with room scale movement tracking built into the fully wireless headset 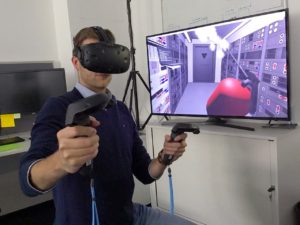 A user plays a game in virtual reality.

What is augmented Reality?

Augmented reality differs from Virtual Reality in that the user is not completely removed from the environment in which they are located, rather virtual elements are added to the environment itself, augmenting(adding to/improving) the environment, rather than replacing it.

This allows a the real environment to become part of the experience, rather than completely replaced. 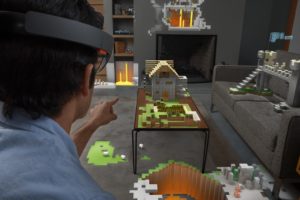 Augmented Reality Minecraft on Microsoft’s Hololens. A virtual design is displayed on a real-world table 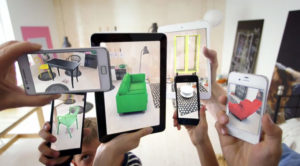 Augmented reality using a mobile phone, showing what furniture would look like when placed in a real room