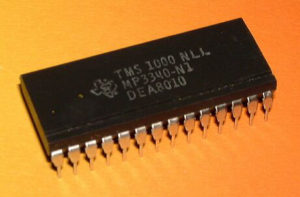 Read only memory is a form of hard-wired memory non-volatile memory, the contents of which cannot be changed once manufactured. ROM memory is commonly used to store programs that will not change during its lifetime. This form of memory is expensive and therefore is largely unused in recent years.

The term is also used to describe the memory stored on ROM BOIS/CMOS, though this is technically not true as newer BIOS chips can be flashed electronically.

This form of ROM can be programmed once, but only once. This makes it more adaptable and cheaper than ROM. The memory is fixed by the use of a fuse/anti-fuse. Once the data has been written it cannot be changed.

Notice the window through which ultravoilet light can be shone to erase the contents of the chip. 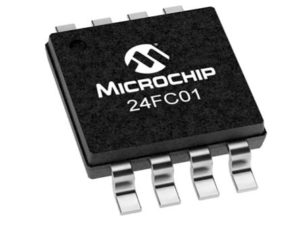 The most common form of ROM used today. Data is stored electronically using floating gate transistors. This means that the storage can be rewritten multiple times (1,000,000 times). Flash memory (used in USB sticks and SD cards) is a form of EEPROM with high speed and high density, at the cost of re-write cycles (sometimes limited to 10,000 read-write cycles)