Most software that programmers create rely on the use of external libraries to function, beyond the basic subset that is provided within the programming language itself. The libraries (in Python we call them modules) are usually imported when required. Some external libraries are come pre-installed, others must be downloaded and install prior to use.

The Microsoft Windows operating system contains a number of in-built libraries that can be used by software engineers when developing software. These libraries are known as Dynamic Link Libraries. 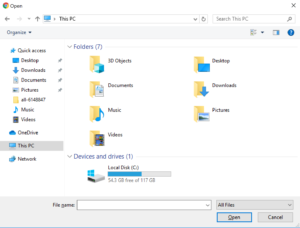