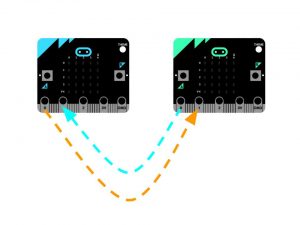 So far we have learned how to:

But how to we send signals from one Microbit to another? Well it’s quite easy!

You simply need to connect an output from one Microbit to the input of another Microbit and vise versa! 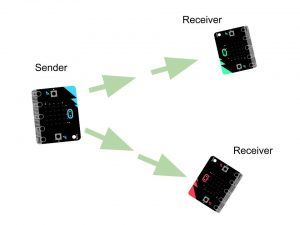 Wired networking is great, but what if we want to communicate wirelessly? In this case we can use the Microbit’s on board radio transmitter to transmit data!

The Microbit’s on-board radio in mainly used for transmitting using Low energy Bluetooth, but it can be set up to transmit in a much simpler ‘shockburst’ radio mode.

Here is how to wire up the hardware for wired networking 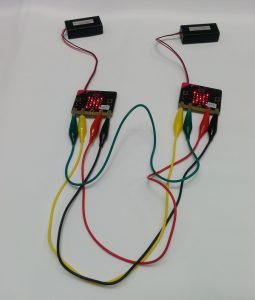 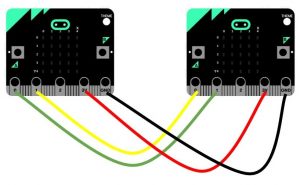 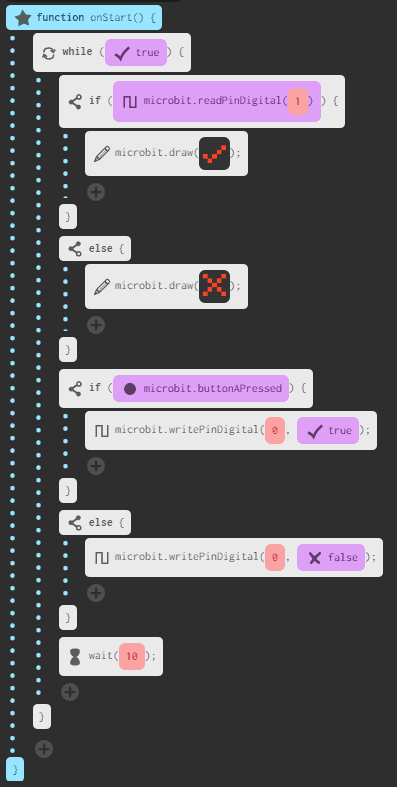 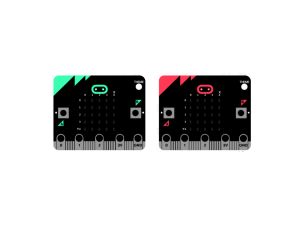 In order to transmit and receive data wirelessly we need to use a different website that gives us full access to all the Microbit’s radio features! Click on the link below to go to the codethemicrobit.com website 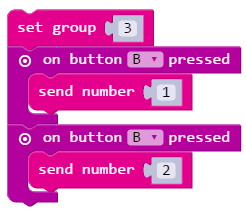 Some combining inputs and outputs?