Have a go at this RGB Color matching game.

An RGB LED is a special kind of led that contains three mini leds inside itself! 1 Red, 1 Green, 1 Blue.

Because it contains all three LEDs and each LED can be turned on/off off separately, you can combine colours to make different colours.

Also, because you can vary how bright each LED is, you can make any color whatsoever! 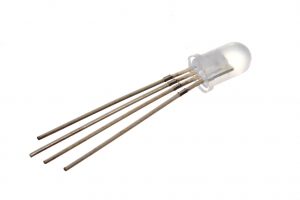 Notice the flat edge of the RGB LED is at the top!

Digital Colors ( On or Off)

We can turn the individual lights on and off, and combining them means that we can create up to 8 colors!

Take a look at the demo code to see for yourself!

Turning the LEDs fully on or off will only get using a limited number of colors:

Can you guess what this code will do? 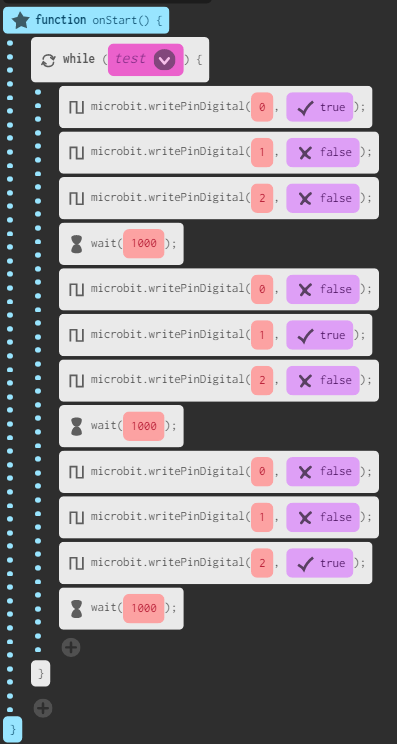 This code is design to blend from red to blue on a gradient! 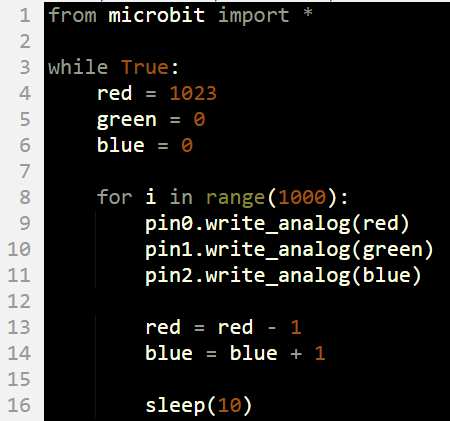 Get the RGB LED to alternate between red, green and blue LEDs

Get the Microbit to emulate(copy) the functioning of a traffic light!

Get the RGB Led to alternative between Orange and Purple

Challenge 5 – Fade from White to off

Challenge 5 – Fade from Green to Blue

Get the Microbit to fade from green to blue