Wireless local area networks are networks that perform the same function as a normal LAN, but use wireless radio signals to transmit Â data instead of an ethernet cable. Wireless networks usually consist of a wireless access point, usually connected to a router, and a number of client devices, each equipped with a wireless network interface controller WNIC (Aka Wifi card). 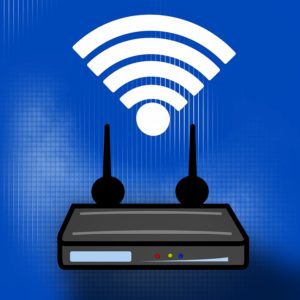 Ad hoc networks are peer-to-peer networks ( not client / server) that are usually temporary and quick to set up. They are usually used for temporary file and resource sharing, where a larger client-server network is not needed. Each device connected to an Ad-Hoc network is a ‘node’, and each node forwards on data to all other nodes in range.