Components of a Computer System

Some devices may fall into more than one of the above categories.

Example a smartphone touchscreen is both an input and output device. 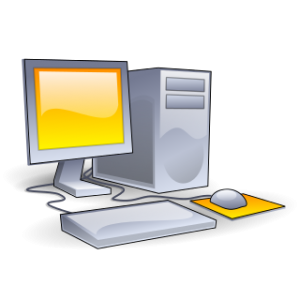 Input devices are any devices that allow data to be input in to a system.

Input devices will be covered in full detail in this lesson. 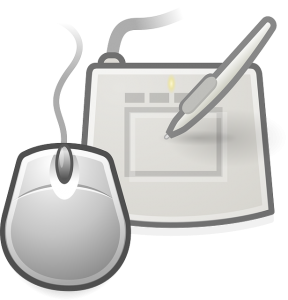 Output devices are devices that give information out to the user.

Output devices will be covered in detail in this lesson 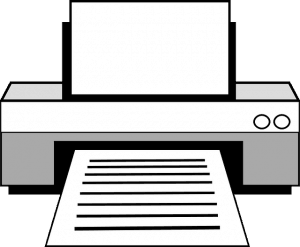 Processing devices are devices that perform calculations on inputs and sends data to output devices to output data to the user.

An example would be:

Processing devices on a computer include: 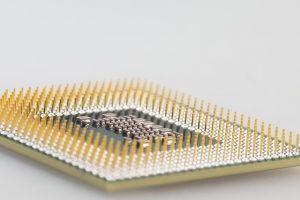 Storage devices are used to store data that the computer uses. There are 2 types of storage devices, primary and secondary.

Primary storage devices are used to temporarily store data that the processor needs to perform calculations. Primary storage is stored electronically which means the data can read and written very quickly, but it is volatile – if the computer’s power is turned off, all the data stored is wiped.

Examples of primary storage are:

Secondary storage devices store data in one of 3 formats – Optical, Magnetic or Solid State. Secondary storage reads and writes data more slowly than primary storage, but the devices are non-volatile – if the power is turned off the data stored still remains.

Examples of secondary storage include:

Storage Devices ( Primary and Secondary) Will be covered in detail in  a future lesson. 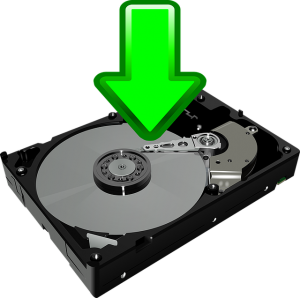 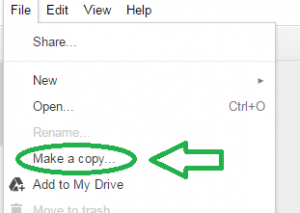 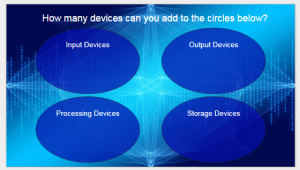 Complete the following quiz on the QuizMaster site.