When computers were first invented most text was represented in binary using the ASCII (American Standard Code for  Information Interchange).

Converting text to ASCII formatted binary is a simple process. You simply look up the decimal value for the character in the ASCII table below, and then convert that value from decimal to binary, like we did last lesson.

DO NOT USE THE HEX COLUMN!!! 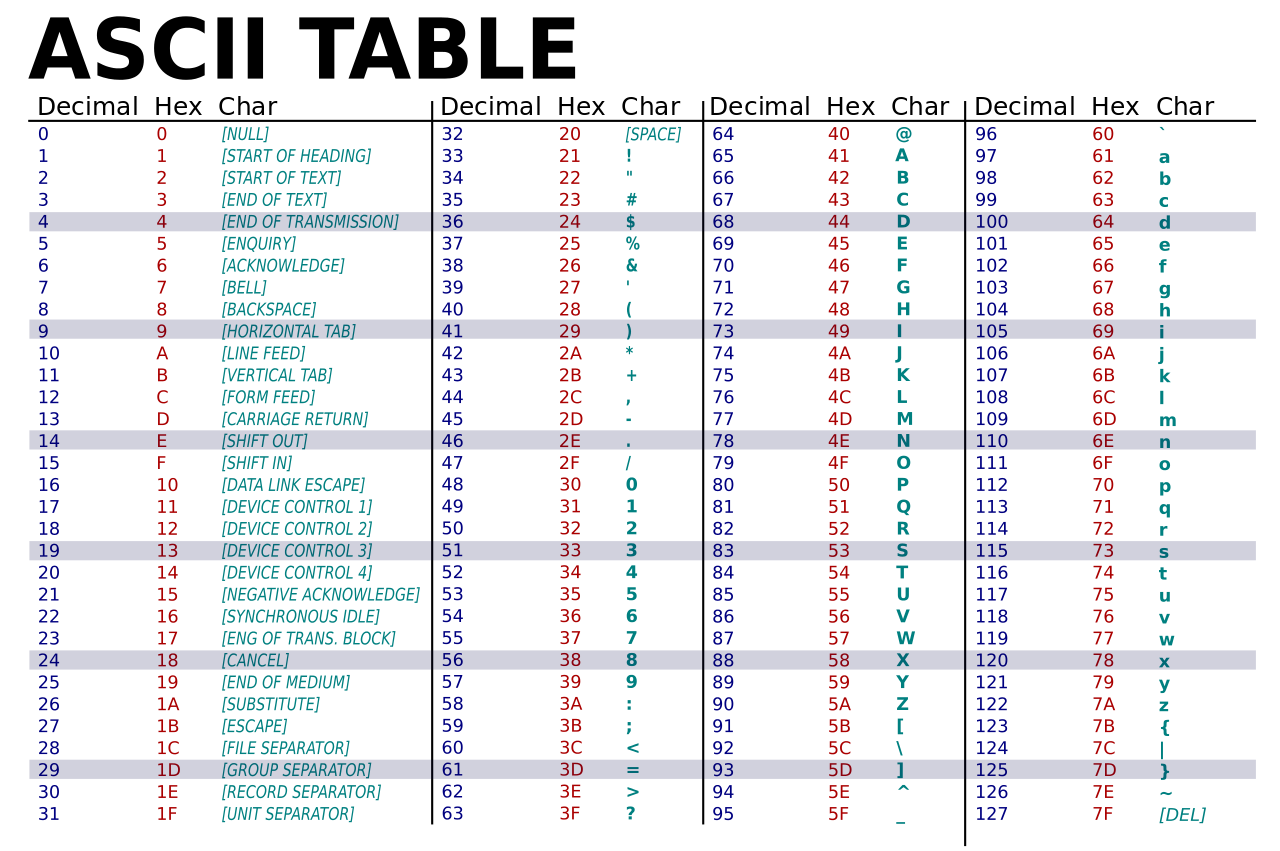 Converting from binary to text is nice and simple. You simply convert each binary number to a decimal number and then look up that number on the ASCII table.

Convert these text examples to binary:

Convert these binary examples to text:

As computer system usage spread in the US they were mostly used for calculations and storage of data in English. ASCII worked well for this purpose but as computer adoption became more widespread in Europe the limitations of ASCII became clear. ASCII could not representation the accents found in European languages. This lead to the development of Extended ASCII that included letters with accents.

This worked well in European countries but as computers began to gain a hold in countries with non-roman alphabets (such as Chinese / Japanese / Cyrillic) it became clear that 256 Characters was not going to be any where near enough – we were going to need 100,000+ characters for all characters used in different languages.

Because of these limitations new formats were introduced (such as UFT and Unicode). These allowed computers to use millions of different characters, alphabets and special characters (such as emojis, non-roman alphabets and mathematical symbols.

Try out this Python Script to display all the ASCII codes on your computers. Some codes might not display properly 🙁