A NOT Gate is the simplest form of logic gate. It merely takes the single input and reverses the signal.

An AND Gate is gate that only produces an output if both inputs are turned on.

An OR gate is a type of gate that will produce an output if either(or both) the inputs are on.

A NAND gate is a gate that only turns off both if both inputs are on, otherwise it stay on. It is made up of an AND gate feeding into a NOT gate.

An NOR gate only turns on if both inputs are off. It is made up of an OR gate feeding into a NOT gate.

AN XOR Gate will only turn on if either (but not both) inputs are on.

Have a go at connecting up multiple logic gates to see what happens, using the simulator below. Can you work out the inputs and outputs for the following examples. 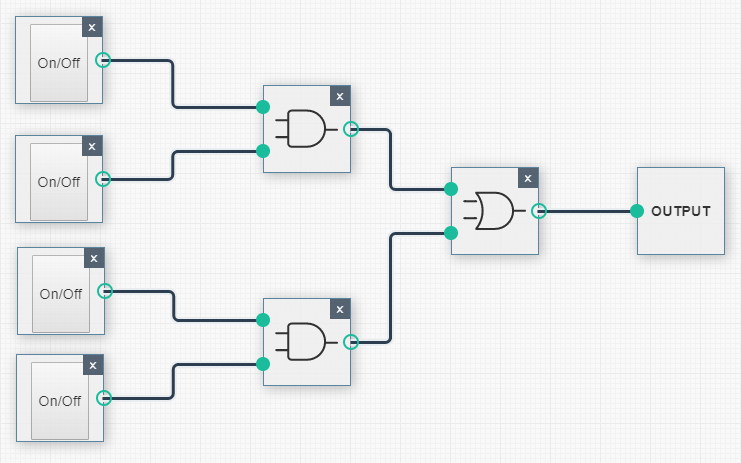 Using the link below, see if you can make the following systems:

If the main system switch is turned on, then the fan will operate when:

Make a system where if any of the 3 sensors (use 3 switches to represent sensors) are triggered, the alarm light will flash RED.

Adapt the system so that:

Make a traffic light that starts on green, then goes to amber – red – amber – green again.