Why do we need computer mice?

A mouse allows the user to easily interact with any item on a screen, through the use of clicking, dragging and hovering.

When computers were first invented they were text only systems with limited functionality, operated by specialists. These systems could be quickly and accurately operated using text based commands via a keyboard. 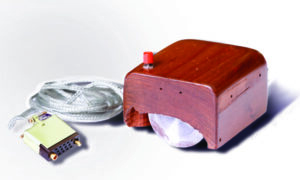 However as computers became more widespread and their usage scenarios widened there emerged a need for a device that could be used to quickly, accurately and intuitively reference a point on the screen. This was especially important for the development of graphic design and desktop publishing software.

The first computer mouse was invented in 1964 by Bill English, chief engineer at SRI. The initial device contained a single button but multiple button devices soon followed. The first commercially available consumer mouse was released in 1984 by Apple, who licenced SRI’s patent.

One of the big problems with mice was the lead, its tail. It took up desk spaces, often got tangled and was almost always the first thing to break on a mouse. In order to address this problem the first wireless mouse was release in 1991 by Logitech.

These early mice used a moving roller-ball and mechanical sensors to sense movement and was almost 40 years after the original mouse was invented that the technology changed significantly, with the release of the world’s first optical mouse in 1999. 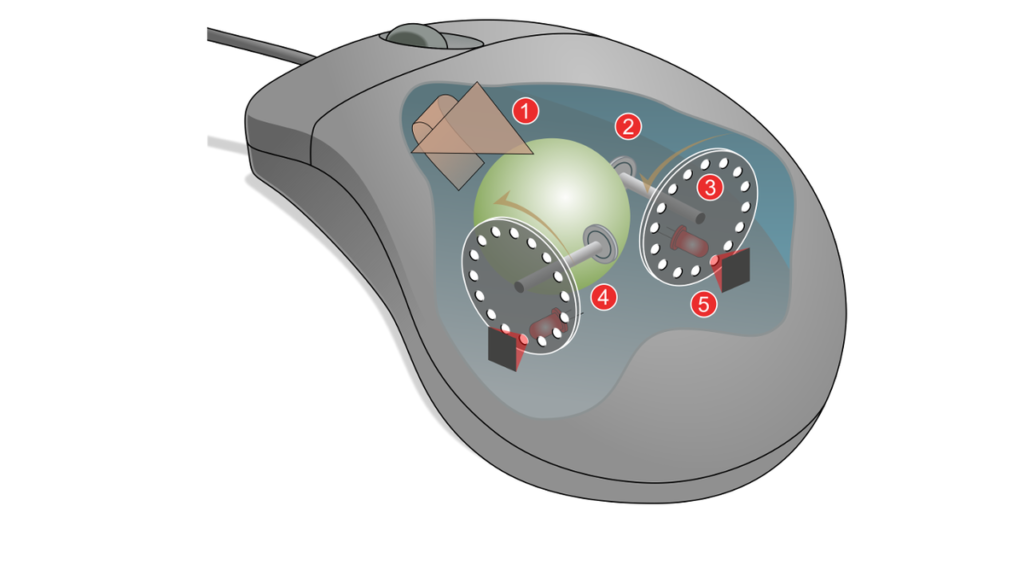 Mechanical mice work through the use of a roller ball and wheels. When the user moves the mouse the rollerball(1), which is touching the desktop surface, begins to turn and the two small wheels(2) touching the ball begin to rotate. These are connected to larger wheels(3) with  holes around the rim.

A light is shone through the hole(4)s and as the wheels turn the amount of light travelling through the holes varies. A light sensor(5) measures the light variations and uses the data to calculated the speed of the  movement.

The two wheels are located at 90 degrees to each other so that one calculates the speed forwards and backwards, while the other records the speed left and right.

This data is then sent to the computer which uses it to update the position of the cursor on screen. 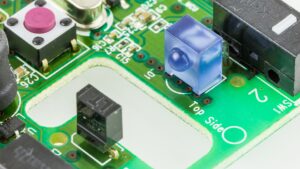 Optical sensors work in a completely different way. Light is shone down onto the surface of the desktop (usually LED or Laser light) and is reflected back up into the mouse via mirrors or lens onto the surface of an opto-electric sensor array – essentially a tiny digital camera sensor.

The image data is fed into an on-board image processing unit and the differences between the images is used to calculate the speed and direction of mouse movement. 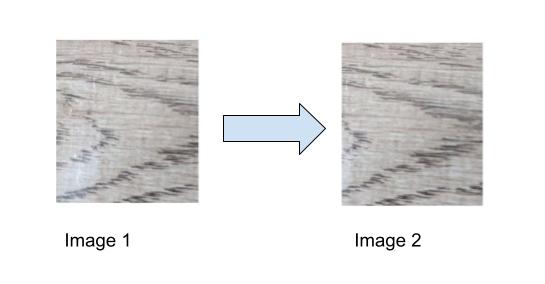 Here the image of my desk appears to be moving left, so the mouse must be moving right

Optical mice were a vast improvement over mechanical mice in a number of ways:

Originally optical mice struggled to function on highly reflective or clear glass surfaces but successive improvements in technology have largely elimination this issue and mechanical mice are now largely considered a legacy device. 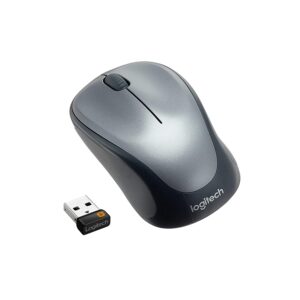